Sending Text Messages from Foreign Countries to the United States 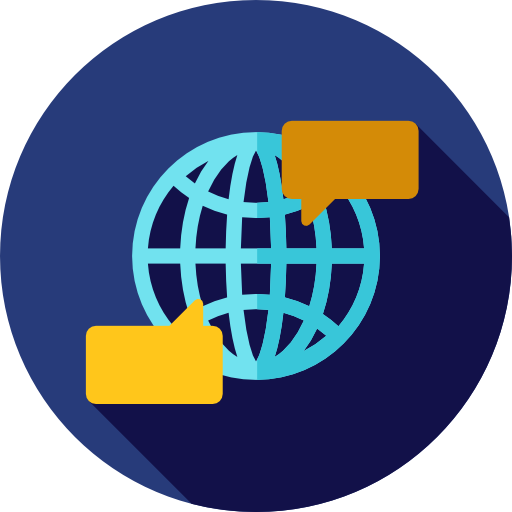 Sending text messages to US phones from foreign countries

Sending text messages from foreign countries to the U.S. is possible, but can quickly become cost-prohibitive. When traveling or residing out of the United States, mobile roaming and message rates can escalate rapidly. While most text messages sent in the U.S. are free, that is definitely not the case once you leave the country and connect to a foreign provider's network. Text messaging costs can reach up to $1.00/message in some countries. There are many an unaware travellers who have fallen victim to roaming charges, and returned to the U.S. to find a cellular bill higher than the cost of their entire vacation!

The high cost of roaming charges prompts cellular users to seek alternatives for texting friends, family, or co-workers back in the U.S. while travelling abroard. While there are options like iMessage or WhatsApp, some of those services are limited to collaboration with others who use the same technology. The advantage of text messaging is it is not device or app-specific. meaning you can send a text message to anyone with a phone number, regardlesss of what brand of device, or app they might be using.

Here, we explore situations that might prompt a need to seek an alternative when sending text messages from foreign countries. We also explain some features that TextPort provides as solutions to these shortcomings.

Many people travel with the assumption that their phone will work just the same in their destination country as it does at home the United States. While that will apply if you're only going as far as Canada, you'll quickly realize that rule doesn't apply once you leave US or Canadian provider airspace.

Even if you lose the luxury of cellular service, you'll still have WiFi. But, you no longer have a working phone number from which to make calls or send and receive text messages while overseas. Fortunately, TextPort has a solution for that. You can register an account and choose a virtual mobile number for any U.S. area code. You can then use TextPort's chat interface to send and receive text messages from your virtual number back to the U.S. regardless of where in the world you are. TextPort offers number leases starting at just $1.00, and messsaging rates of just 1.5 cents per message segment. Better still, TextPort supports MMS messaging, so you can send plenty of picture messages or short videos to let your friends and family know what a great time you're having.

Anyone passing through an international airport terminal in the past decade has likely seen booths with SIM cards for rent. Most will pass those by thinking, why would I want a SIM card, or what even is a SIM card?

What is a SIM card rental? Simply put, it's a service where you rent a SIM card from a provider that services the country that you are visiting. You remove the SIM card from your phone and replace it with the one you rented. Now, your U.S. phone has a number for the country that you are visiting and you can make calls and send texts, just like you live there. But, there are downsides. 1) Cost. There's often a hefty daily rate that comes with your new SIM card. 2) You still can't send text messages from the foreign country to the U.S. without incurring roaming fees. Once again, TextPort can save the day. As long as you have Internet access or WiFi, you'll be able to access TextPort and freely send and receive text messages from abroard back to the U.S. One of the best advantages of bypassing a SIM card swap and using TextPort is you never have to worry about returning your borrowed SIM card before you leave th country.

As the previously-discussed topics have revealed, sending SMS messages from foreign countries can quickly become expensive. Whether it be roaming charges, SIM card charges or local provider fees, high costs quickly prompt travellers to seek more cost-effective texting alternatives. TextPort offers U.S. virtual mobile numbers supporting both SMS and MMS messages, ranging in price from $1 for a short-term day lease, or an affordable $5 for a month.

Moving from travel to business, perhaps you operate a business in the United States, and have an offshore call or marketing center located in a foreign country. If your business uses Bulk-SMS, or an SMS API to send text messages to customers in the U.S., you'll likely want any text messages to originate from U.S. numbers. First, for cost reasons. Sending large numbers of text messages from a foreign network to a U.S. network will be very expensive. Second, to create a local presence. See the section below for discussion on creating a local presence Combining TextPort virtual phone numbers with one of its SMS API, bulk texting or Email-to-SMS Gateway, a foreign-based business can send text messages from foreign countries, yet keep a completely U.S.-based presence. Furthermore, TextPort's pay-as-you-go virtual numbers and SMS pricing keep everything cost-effective.

Thousands of companies utilize offshore resources for certain operations within their business. The advent of the Internet and cloud computing in particular, makes the ease of connecting an office in the U.K. or India just as easy as connecting one a block away. As globally distributed as companies get, it's preferable to maintain a local presence. If a country is based in the U.S. they'll want all calls and text messages to come from U.S.-based numbers.

All of TextPort's business texting services can be localized, down to the area code level, and prefixes within area codes. This offers the ability to send and receive text messages from foreign countries, but still maintain a local presence. For more information on sending text messages from outside the United States, visit the TextPort home page.